Fitbit: Which one to choose better for man : Over the past couple of years, fitness bracelets have gained real popularity – the choice of these accessories has become noticeably larger, their functionality has increased, and the price has become more affordable. The bracelets are much closer to smart watches – top models are able to receive notifications from a smartphone, support various types of sports activities and are equipped with GPS to track the user’s movement.

To choose a good fitness bracelet, look at the findthedecision.com it is worth considering several important points. First, decide what you need it for – for running, swimming, or simply monitoring sleep and activity throughout the day. Or maybe to replace the smartphone when it is not at hand? Depending on this, pay attention to models with advanced sports functions, water protection and the ability to display notifications from the phone.

Secondly, limit your budget – among budget options there is a choice among Xiaomi, Honor and Huawei models. More expensive and advanced devices can be found at Garmin, Samsung and Fitbit.

If you are looking for an inexpensive fitness bracelet, the top 10 best will definitely head the device from Xiaomi. In the third generation of Mi Band, the Chinese managed to squeeze a huge number of functions.

This is a small gadget that weighs only 20 grams and is almost not felt on the hand. The bracelet is equipped with a monochrome touch OLED display with a diagonal of 0.78 inches. The device is paired with the phone via Bluetooth and can work with gadgets based on Android 4.4 / iOS 9 and higher.

Band 3 is protected against water according to the IP68 standard – it is suitable for swimming without diving and will easily survive the shower. The bracelet can serve as an alarm clock and pedometer, it can monitor the quality of sleep, calorie expenditure and pulse. A gadget connected to the phone will notify you of SMS, mail, notifications on Facebook and Twitter, as well as incoming calls, allowing you to reject an unwanted call.

The bracelet of the same name from Huawei also works with smartphones on Android 4.4 / iOS 9 and later. The model is equipped with GPS and can control your route while running. There is also a heart rate monitor with the ability to continuously measure the heart rate – all data on the results are available in the manufacturer’s application.

The bracelet has a color AMOLED screen with a diagonal of 0.95 inches, on which it is convenient to view notifications of calls, events in the calendar, mail and social networks. The Band 3 Pro is equipped with an advanced sleep monitoring system. The bracelet can identify the six most common sleep problems and provide recommendations for improving the quality of rest and easy awakening.

Vivosport offers great opportunities for monitoring activity while running. An advanced feature of the device is GPS support, which gives you the ability to track running and cycling routes without having to use your phone. In addition, the bracelet has a function for calculating the VO2 max level – very useful information for runners. This is a measurement of the amount of oxygen that the lungs can absorb, which determines the level of running training.

In addition, the bracelet monitors the stress level of the body and commands when it will optimally stop and rest. In order to not distract anything while running, remote control of the smartphone player is available if you like to listen to music in wireless headphones.

Fitbit: Which one to choose better for man

Fitbit: Which one to choose better for man 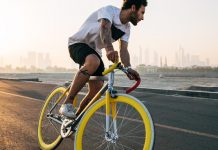 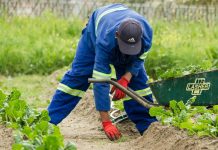 Farm Gift Ideas: What to Buy Your Favourite Farmer This Christmas 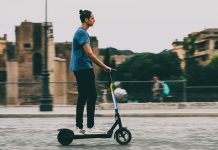