Group treadmill training is taking the Northern Hemisphere by storm and is certain to hit Australia soon — but what is it and will it make you faster?

WHAT IS IT?
With spinning developing into a megabucks business — devotees of New York’s celebrity-packed Soul Cycle movement happily pay an eye-watering $3,500 for a 50-session pack — it’s only natural that attention is shifting to the next big thing in group cardio. And heading up the charge right now is group treadmill training.
As with spin, the theory is that everyone can customize workout app parameters to make sure they’re working at the right intensity for rapid fat-loss and performance results. But — and this hardly needs mentioning — running on a treadmill is quite a lot different from riding a stationary bike. So does it work?

THE METHOD
Equinox Gym’s Precision Running promises a blend of speed work, hill intervals and core training designed to make you a stronger, more efficient runner. Creator and biomedical science graduate David Silk calls it Balanced Interval Training Exercise (BITE), claiming that its ratio of aerobic-to-anaerobic intervals maximise calorie burn and build speed, all while reducing the stress on the body.
Almost as importantly, especially for the #avotoast and #mindfulness crowd, you don’t have to go out in the rain, inhale exhaust fumes or risk getting your #yogapants spattered with mud. As a man whose running route to work involves a major highway and congested railway exits, I’m instantly sold.

THE TEST
The Precision part of Precision Running, it turns out, rewards the data-inclined pavement-pounder. At the beginning of your first class, you’re asked to estimate the top speed you could maintain for a solid 60 seconds on the treadmill — this is the speed you’ll base your intervals off for the rest of the session.
After a quick warm-up (lateral steps, high knees and kickbacks, all done on the treadmill) it’s straight into the first intervals, and I almost immediately realise I’ve made a huge mistake.

Though starting at 2.7km/h less than the magic number for a minute is fine, bumping up the incline 5% in the next interval is markedly tougher.
We’re doing a programme called Boston Blizzard, so called because it mimics running into headwinds in one of America’s hillier cities, and as the speeds and inclines creep up with each “block” of intervals, I find myself struggling to hang on. Despite a steady monologue of motivation and technique tips from trainer Anthony “Fletch” Fletcher (done silent-disco style: the class takes place on the gym floor, so everyone plugs their headphones into a receiver that delivers the dance-heavy playlist and chatter directly), by the end of the class I’m not quite following the recommended splits, mainly because my legs won’t let me.
One problem with the format soon becomes evident. Unlike spin, where adjusting intensity is as simple as twisting a dial or pedalling faster, my sweaty thumbs occasionally don’t register on the treadmill touch-pad at all, leaving me spending stretches of
the class at the “wrong” speed. I’m
also more hesitant to push myself to my limit than I would be in a spin class — after all, the worst that can happen when you’re on a bike is getting shouted at by the instructor, but here there’s a very real chance of flying off the back
of the treadmill.

THE VERDICT
Somehow I get through, and in subsequent sessions I adjust my starting pace to a speed that lets me follow the format more closely and run faster overall, with less panic-breathing. I also start to enjoy the camaraderie of the class, or at least try to match the pace of my more competitive treadmill-mates (plenty of people, I swiftly realise, are happy to finish the class at dog-walk pace without breaking a sweat).
Pleasingly, each class also concludes with 15 minutes of strength work and stretching, including glute bridge and plank variations designed to wake up and strengthen the muscles that make you a more efficient runner. It’s the sort of thing I should do regularly but actually never make time for, and a nice addition to a class that already sees me pushing myself harder than most of my solo runs.
Honestly, no group treadmill class
is ever going to entirely replace
outdoor running — there’s nothing
quite like trotting across a footy field
on a crisp winter morning, and even dodging bankers on the way to work has an air-punching edge to recommend it
— but in a few short weeks, my top-end
speed’s gone up and my fear of lung-busting hard work has gone down.
Now, if they can just sort out the
damn soundtrack… 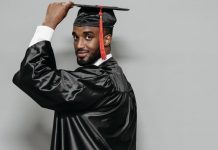